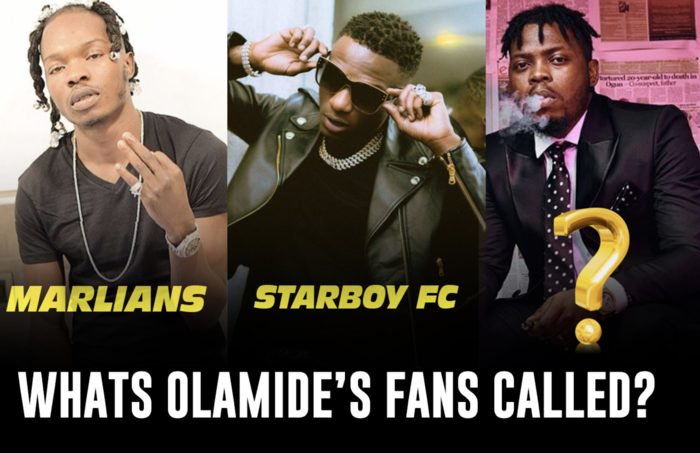 It’s already a norm that most Nigerian artiste, upon having a robust fan base gives a tag name to all their fans, for easy recognition of themselves.

Using Naira Marley has an example, after a ground breakthrough of his career this year, the tag name given to his Fanbase “Marlians” became a household name and even their motto “No Mannaz” is one of the most used words this year.

Imagine the level of confidence he has instilled in his fans with just that line.

Also, Wizkid has a very robust fanbase and they tagged themselves “Starboy FC”  To this sect of people, nothing Wizkid does that look wrong to them.

Even Baba Nla recent single “Ghetto Love” that wasn’t that deep as we’ve anticipated they’re trying so hard to force it on us. Well, that’s what die-hard fans do.

It’s no doubt Olamide has virtually the most robust fanbase domiciled in Nigeria and then have been brain-touring since, trying to look for a tag name the Olamide fans has. But none is coming to mind.

Hence, I need you all to help with this…