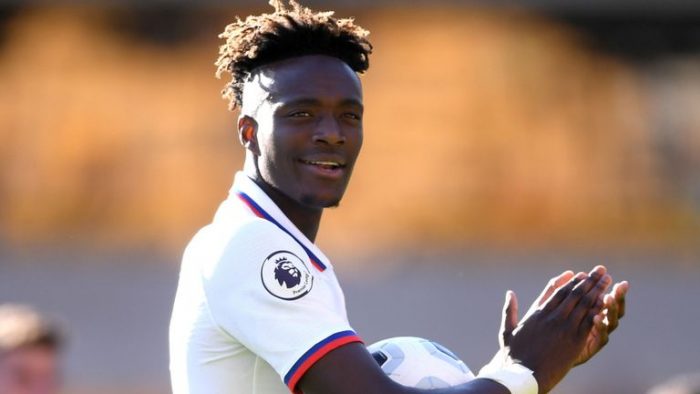 Chelsea striker Tammy Abraham has expressed his hope that “this can be my season” following his wonderful hat-trick in the 5-2 win at Wolves.

Abraham’s treble on Saturday saw him surge to the top of the Premier League scoring charts with seven goals, where he was subsequently joined by Manchester City’s Sergio Aguero.

The 21-year-old, who had gone into the game having netted back-to-back doubles in the previous two matches, is hoping his fruitful run of form can help him cement his place in Chelsea’s first team.

“I’ve been working hard and hopefully this can be my season. It’s up to me to keep showing the gaffer (Frank Lampard) in every game and training session that I’m hungry and I want success.

“He told me at half-time to stay on and get the hat-trick so I believed and stayed focused. I’ve just got to be ready to take every chance that comes my way with both hands. I’m working hard and I’m just delighted to see that pay off with my goals [on Saturday] as well as the three points.”

“I was thinking ‘don’t shoot, Fikayo’ but everyone is delighted for him. In training, he’s been trying it every day and smashing windows but [against Wolves] it paid off – it was a great strike.

“We (Abraham, Tomori and Mount) were the last people off the pitch because we were discussing how we’ve all scored in the same game for Chelsea. We’ve dreamt of that since we were little boys and we made it happen.”