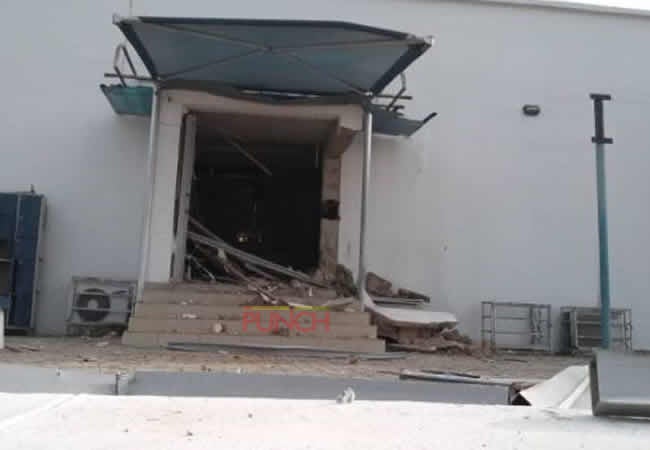 Ekiti State Commissioner of Police, Mr Asuquo Amba, said on Friday that the Inspector General of Police, Mohammed Adamu, had ordered a thorough investigation into Thursday ’s armed robbery attack on the Oye Ekiti branch of a new generation bank and the Oye Police Division.

Amba , who said there was a close similarity between the armed robbers ’ attack and the one on a bank at Ise Ekiti about two months ago , said , “ The IGP has directed that there must be a very thorough investigation and that this mode of operation must be brought to fore .”

The robbers, who attacked the police station to dislodge the security agents ahead of the bank robbery where they blasted the security door with dynamite and carted away over N 25 million and some foreign currencies also killed two persons – a policeman and a seven-year -old girl.

The police commissioner bemoaned the killing of the police sergeant who was on duty at the bank and the girl, whose mother was a hawker in the bank area by the robbers in the attack.

The police boss , who spoke at Oye Ekiti during an on-the-spot assessment of the bank and divisional station, said video footage from the closed-circuit television in the bank suggested that the robbery was carried out in connivance with insiders.

He said, “ What baffles me is that there was nexus between the robbers and insiders in the banking premises. The Oye Police Division is about one or two poles from here.

It was the first point of attack . The bankers confirmed that they heard the shots and it took about 10 minutes before the robbers arrived at the bank from there.

“ Within the period , there were some activities that went on inside the bank . It is either there was strict connivance, or that the bank officials took advantage to carry out their own intention which an investigation would prove .

They were captured by CCTV moving in and out of the vault. The vault was even opened before the robbers came.

“Despite the opportunity , none of them made efforts to escape, they were stuffing money and there is evidence to prove this.

“ The staff opened the vault by 3:05p.m . and the robbers blew up the security door at 3:12 pm. , this gave a strong suspicion that there was internal collaboration in this matter.

“ What we have seen is that there is a missing chain in the link. It is that missing chain that we are working out . And I can assure you that we will mend the missing chain to get the result of our investigation,” he said .

Amba alleged that the CCTV also revealed how the bankers and a customer , who ran inside upon hearing the gunshots, had used the robbery opportunity to stuff money into their pockets as they moved frequently into the vault before the bandits blew the security door with dynamite.

He said the robbers had during the attack on the police division used about seven or eight improvised explosive devices.

“ The Divisional Police Officer was quite lucky because I went to his office, his seat was pierced.

There was consistent firing. They went to almost all the offices and they attempted to get to the armoury , they were not able to break through .”