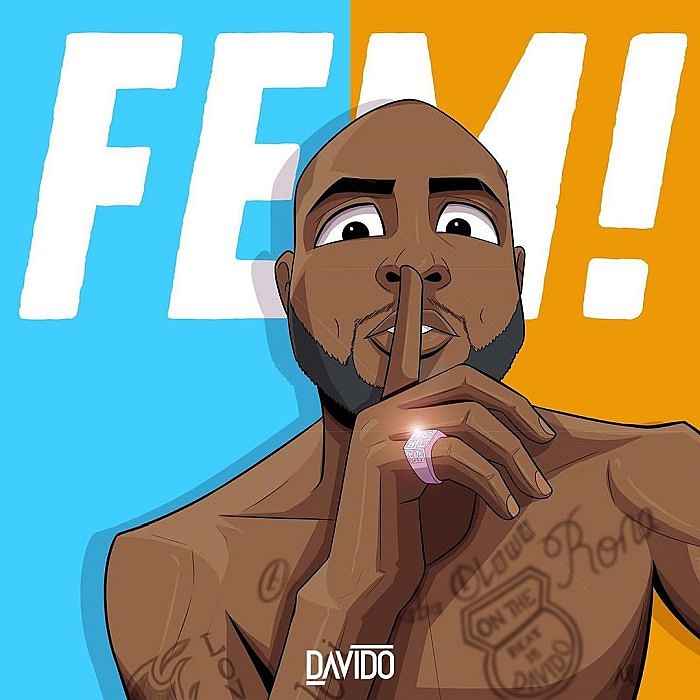 Boss, Davido returns to the music scene with a brand new single titled ‘FEM!’ after a short hiatus.

Shortly after the announcement, Davido hit us “FEM!” which literally means “Shut Up“.

This song was lifted from his forthcoming studio album tagged “A Better Time”.

In the artwork, Davido is seen telling his enemies to keep shut.

The Baddest in the Game/Nigerian Music Industry, Davido returns with a new hit song titled “FEM”.

Finally the most anticipated single of year 2020 – “FEM” by Davido is out! OBO who has been off social media for months is back with a massive record. The new song produced by Dapche address a lot of issues, talks around the African pop star.

While Davido was born in Atlanta, the Afropop artist developed his fusion of West African beats and modern production while growing up in Lagos, Nigeria. His smash hit “Fall” broke the record in 2017 as the longest-charting Nigerian pop song in Billboard history. He is the most sort after artiste in Nigerian with lots of hit records to his name. In 2017 alone he record more than 3 hit songs; ‘IF‘, ‘FALL‘, ‘FIA‘ among others. Two years later after penetrating the American music scene and earning himself a mainstream artiste in the International world music market, David his second studio album ‘A Good Time‘ in 2019, 7 years after his debut album ‘Genesis (Omo Baba Olowo)’ in 2012. The ‘A Good Time’ album recorded 1 Billion streams across all digital platform recently making the first of its kind.

After this huge success Davido blesses his fans who have all been waiting for a record and his return to social media with a new song titled ‘FEM’. This record is a controversial record which David use in addressing the underground issue/perceived beef between himself, his Gang and Burna Boy.

This record is Loud and massive… Cop below