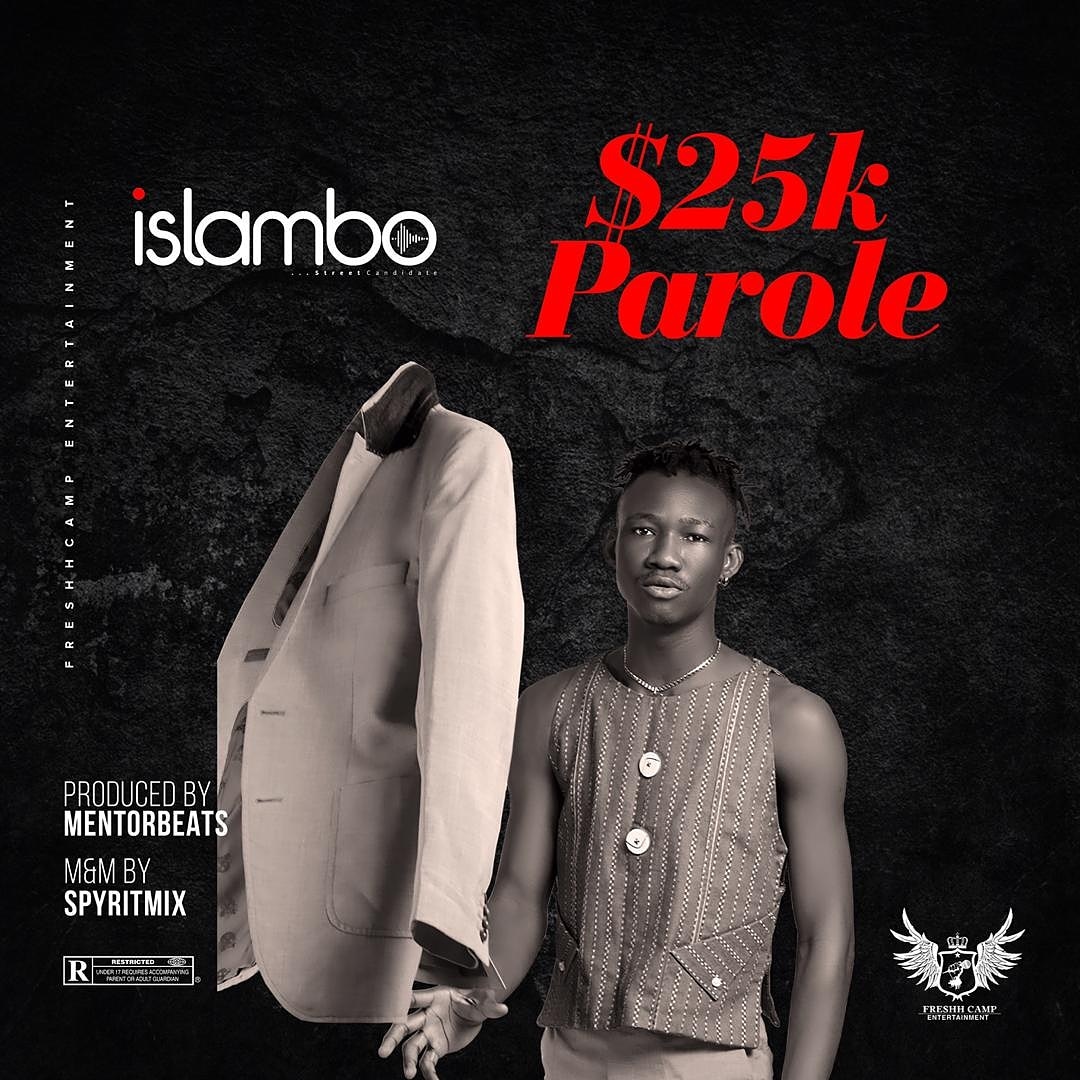 The talented artiste, Islambo is here with another hit jam titled 25k Parole. After a successful journey in the music industry with great impact and extraordinary features, Islambo comes through with this new street song titled 25k Parole.

Lots have been heard about Islambo in the music industry after the release of hit songs like Laye Laye , Islambo never stops giving his fans worldwide good music. Islambo hailed from the street and still reping the street. Sequel to the unveil of the artwork on social media and after thousands of streams on digital platforms, Islambo decides to drop this new jam.