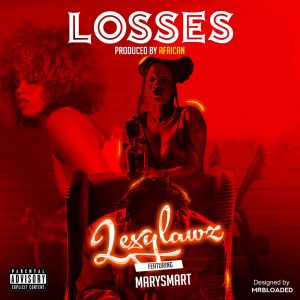 Lexylawz is at it again with a new jam titled Losses. On this he features a talented singer popularly known as Marysmart.

It is apparently expected that lexylawz murders the new jam by creating good vocals and lyrical vibe in the newly released jam. We recall his previous track titled Wasn’t Worth it.

Losses is a new jam you will be willing to listen over and over again. The production credits goes to AFRICAN who had been so helpful in making hit and dope beats.