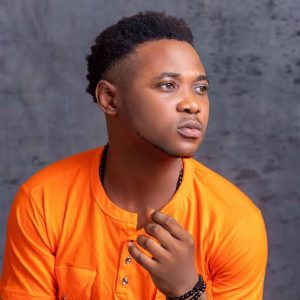 Nigerian street-pop sensation Oral P who had been giving his fans hits back to back confirms his stand in the music industry. He appears at Felabration 2022 where he affirms his stand saying his music is a problem to the industry.

Oral P has repeatedly used the word ‘One Nigeria‘ in relation to his music. His previously released Tracks has a single titled One Nigeria, when Nigerians asked him about the underlying meaning of One Nigeria as regards his music, Oral P says it’s because his music is a very strong instrument for all Nigerians to use to fight for what belongs to them.

Oral P has delighted listeners with his talent for some years now and the artist says his highly anticipated single is an embodiment of what he’s known for.

“Just expect pure Oral P, first of all, and expect something different. It’s not the usual Oral P like Oral P just going off whatever he’s known for. Just expect joy, happiness, and every good thing that comes with it.”

After spending a some years in the industry, Oral P believes he’s much smarter and a better artist and he wishes to showcase this in his music.

“I just feel like my vibe is hard to combine. It’s not something you can just wake up in the morning and just want to vibe to. It’s not just a vibe, it’s something you have to think about, something that goes a long way.

‘One Nigeria’ is Oral P’s attempt at establishing himself while engaging himself to his fans and also winning over new ones.