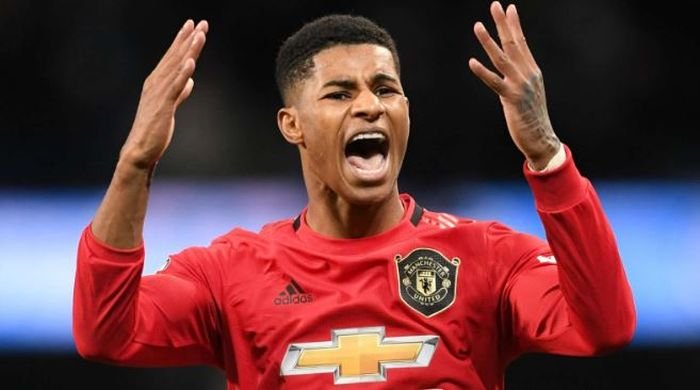 Marcus Rashford has changed his attitude to become a “proper leader” for Manchester United, according to Louis Saha.

England striker Rashford was enjoying the most productive season of his career, with 14 goals and four assists in 22 Premier League appearances, prior to suffering a back injury in January.

It was feared he would miss the rest of the season and Euro 2020 but, with the football calendar having been largely suspended for three months due to the coronavirus pandemic, Rashford is now fully fit to play as United prepare to return to action against Tottenham on June 19.

The 22-year-old has also spent the pause in the season championing charitable causes and engaging with fans on social media, with his most significant work seeing him help FareShare provide three million meals to vulnerable people in the United Kingdom.

Former Red Devils forward Saha thinks there has been a shift in the application of United’s younger stars, with Rashford showing the qualities of a future captain.

“Yes, I think the attitude, the drive, the actual consistency, all those things are leadership qualities,” Saha told Stats Perform News.

“You said that sometimes it’s really hard for a striker to lead and, if you do, you need that. You need those three: consistency, drive, and, of course, talent.

“What is very important is having that dedication to actually look around and grab someone who needs to be grabbed and shout at them. All those things are essential.

“They don’t have that platform as much as I had when I was playing. I had Roy Keane, Phil Neville, Gary Neville, Rio [Ferdinand], Nemanja Vidic, Patrice Evra, [Paul] Scholes, [Ryan] Giggs, all those players. You could rely on those guys.

“There are definitely four or five players who are very important to Ole Gunnar Solskjaer. I would say that, based on [his] record, he is not young anymore, almost because he started really young.

“He’s one of the starters for England. And Rashford, as much as we can compare to Anthony [Martial] has done the same.

“The attitude… I’m not saying they had a bad attitude; they had the attitude that was in line with what Manchester United needed at the time.

“Maybe this attitude was okay when you had leaders around like proper players who win trophies and all that, and it was fine. Maybe I was like this at the time, but I had players to do what I can’t do. I had to actually evolve and be a leader.

“When I spoke to Scott McTominay, he was young as well, he had to do it. All those players who made that improvement process for Ole Gunnar Solskjaer were very important, and I think for Rashford, the introduction of [Harry] Maguire was important to give that kind of confidence aspect.

“That’s why you give the platform for Rashford to make the difference all the time because he can do it because his work rate is amazing and that thing he maybe missed in one year because maybe he thought ‘I’ve got my position, I’m respected, I’ve got my status so I don’t need to do this or that’.

“Those things can be a bad sign for those playing behind you. Now you can see he is a proper leader.”