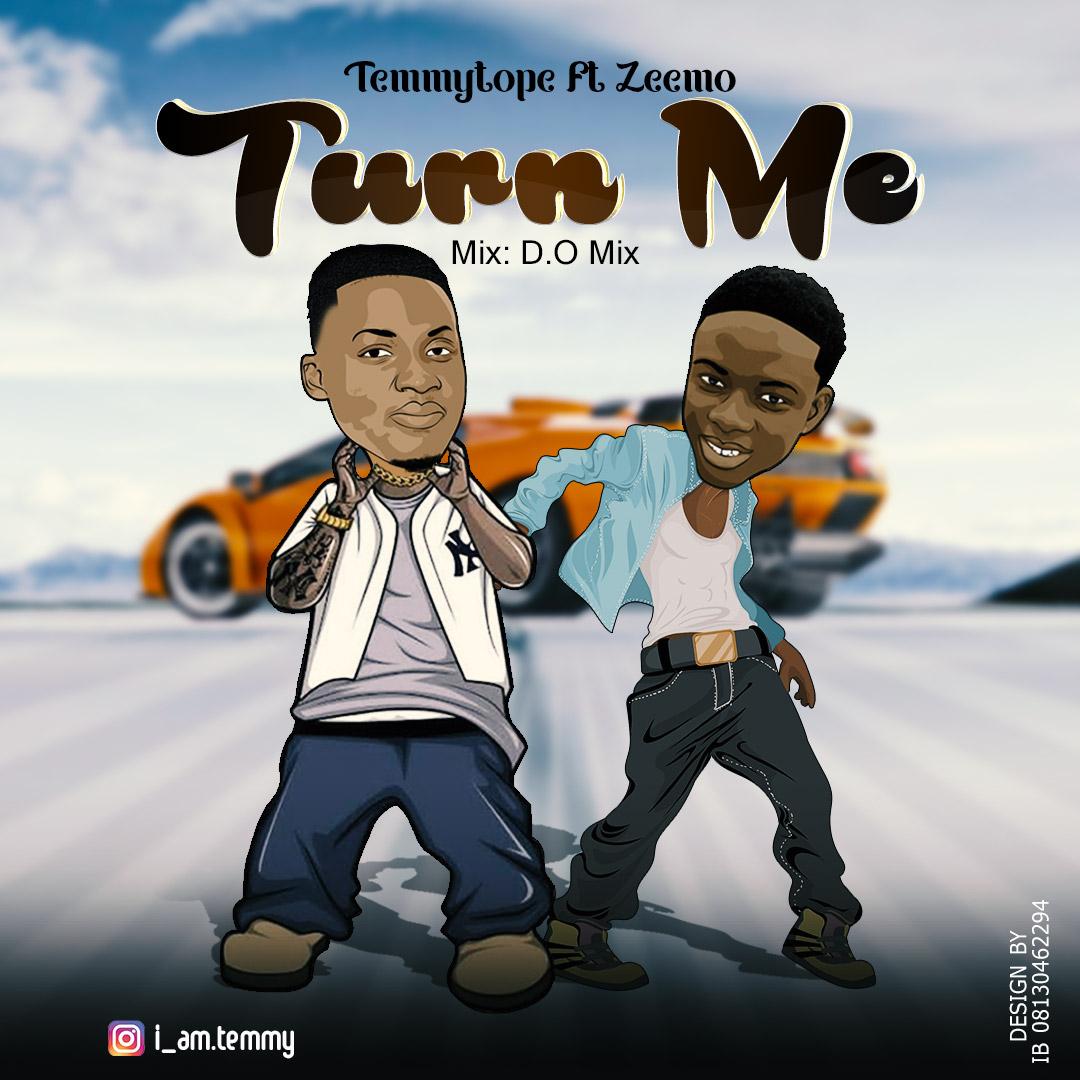 Vibe never stops. Temmytope features Zeemo on this well produced track titled Turn me produced by D.O Mix. Temmytope is not new to the music game, he has been recognised for his immense contributions to the real of good music.

On this new jam he features Zeemo who also one of the fastest growing artiste, they both did justice to this new track.

The talented singer, Temmytope comes through with a spanking new single “Turn Me“ briefly after the successful release of Slay Mama that trend globally. The song “Turn Me” has received massive and positive feed back from the general public.

The song was mixed by D.o Mix, it’s a banger don’t miss out as the sensational Temmytope hire the service of rising act “Zeemo” who Justify his inclusion in the track by dropping dope lyrics to add more sauce to the record.