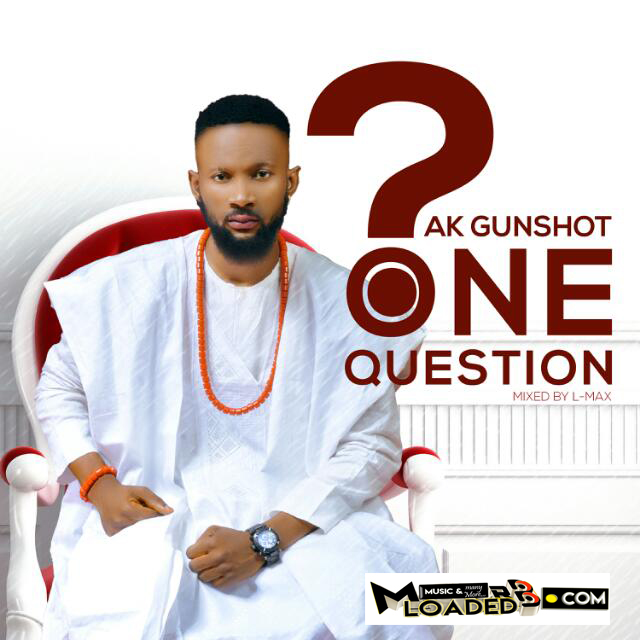 AK Gunshot is at it again with new hit to ask “One Question”, this question might be technical. However, it is a food for the thought

Rave of the moment, AK Gunshot releases a new banging single titled “One Question“. The Afro Pop master who has been serving it hot since last years, shows no sign of slowing down. He taps on his favourite producer L-max, a certified hit maker once again for this potential hit!

With pre-existing hit still raving and buzzing heavily on the street AK Gunshot double up the trouble. The new song is the same line with ‘hit tracks produced so far‘, it talks about one question that made him change location. The Question that got many asking several other questions with no particular answer. Also, looking into the world and telling us the question that caused his relocation, people keep asking him one question but now he answers the question. AK Gunshot is here to answer the question people had been asking and his fans are ready to listen to his answer

He employs the service of his Midas touch producer, L-max for the groovy and moombahton beat, which makes the song an instant addiction.