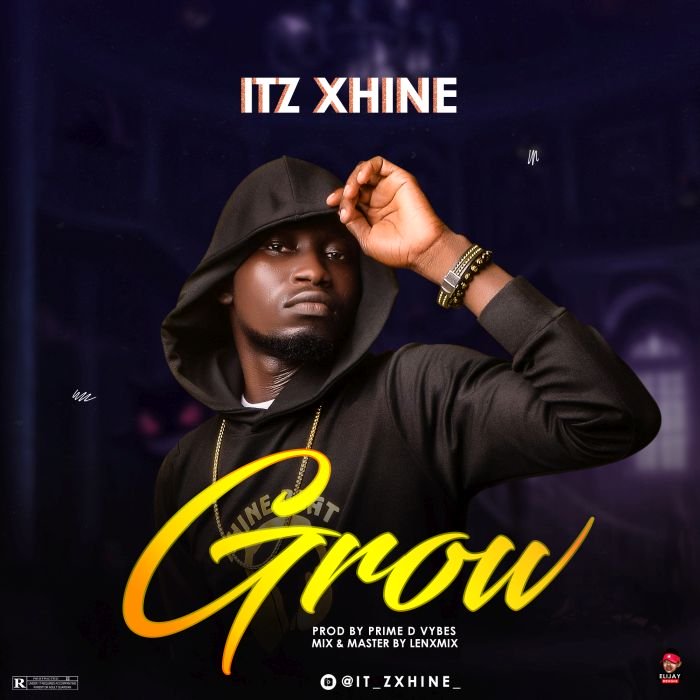 Edema O. Demian is an uprising artist who was popularly known as Devally before now has rebranded himself with the name Itz Xhine and new song “Grow“

This is coming after his first single track titled “Sor Oro” was released in early 2019 which he also featured the rapper T_rex.

His new song “Grow” under the new brand name “Itz Xhine” is produced by Prime De Vybes and mix and master by Lenmix.

According to him he said, “Grow” is a prayer song in which we can connect to God in one Word through music and expressing ourself to him in song due to the plague which is going on now in the world now