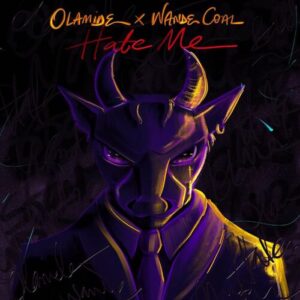 The new single is off the proposed finally album of Olamide‘s career, Hate Me is blessed with a hook from the highly talented Black Diamond Record Boss, Wande Coal who did an amazing job lacing the right vocals on the record.

Olamide comes out with his anticipated song dubbed “Hate Me“.

On the new song, Olamide teams up with Black Diamond boss, Wande Coal who did justice with his lovely and melodious vocals.