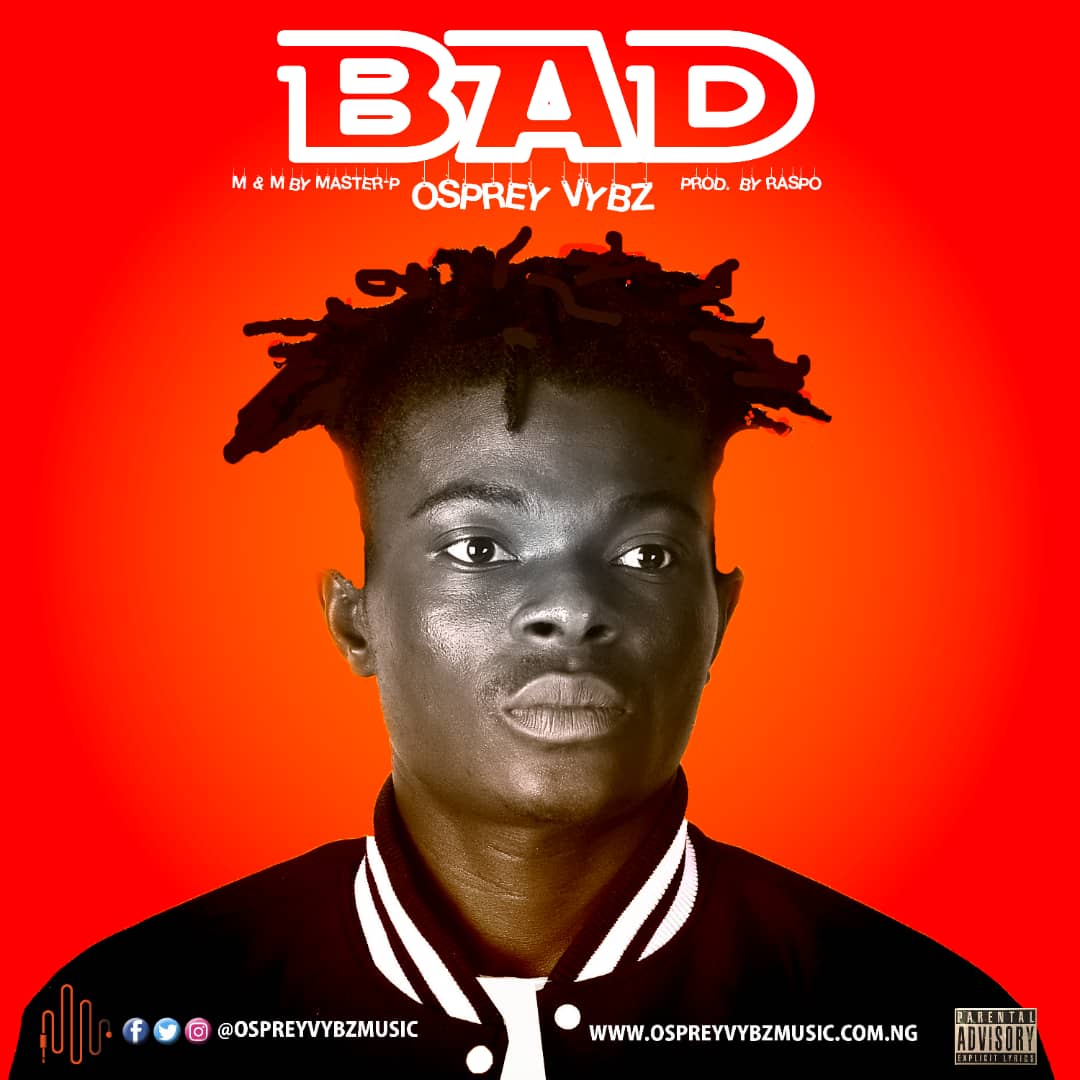 Spreyo hails from a well-to-do State in Nigeria. Osprey Vybz had been singing right from childhood but started professionally in the contemporary times. He had developed his unique style of music from Afro-Pop and RnB.

Bad is a song that is backed up with great vibes and lines, always as expected from the icon. Bad was produced by the veteran producer Raspobeats, mixed and mastered by Master P