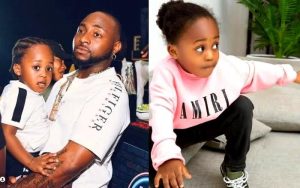 Ifeanyi reportedly died Monday night, after he drowned in a swimming pool in Davido’s Banana Island residence in Ikoyi, Lagos.

Yesterday, the presidential candidate of the Peoples Democratic Party, PDP,  Atiku Abubakar; Labour Party counterpart, Peter Obi; Governor Adegboyega Oyetola of Osun State;  Oluwo of Iwo, Oba Abdulrosheed Akanbi and other Nigerians sent their condolences to David Adeleke and the Adeleke family over the death of their son, Ifeanyi. 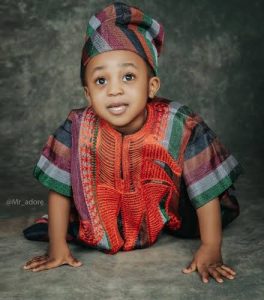 Confirming the death of the child, who celebrated his third birthday on Thursday, October 20, Benjamin Hundeyin, the Lagos State Police command’s image maker, said the house helps are currently being investigated for negligence to ascertain which of them is culpable in the case.

He said: “There is not much to say. Some domestic staff members were brought in for questioning to find out what they know about it. Anybody found culpable or guilty of negligence will stay back and assist in the ongoing investigation.

“We got the report at about 10 pm on Monday. His body has been deposited in the morgue. We are in touch with his parents. They were with us last night.”

“What we know so far is that he drowned. I don’t have any information beyond that. We are reviewing the CCTV cameras to get additional information about the circumstances of his death.”

Meanwhile, Atiku, yesterday, took to his verified Facebook page to commiserate with the family. 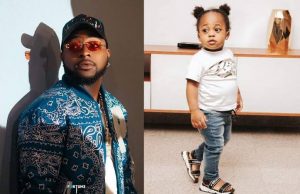 He wrote: “My thoughts and prayers are with Davido and Chioma and the Adeleke family at this time. I pray for God to strengthen and comfort them.”

Also, reacting to the sad news, Peter Obi tweeted: “I send my sincere condolences to Davido and Chioma over the death of their son Ifeanyi.

“I cannot begin to imagine the pains they are going through at the moment. May God grant them healing, strength and comfort in this trying time. My thoughts and prayers are with the family.”

On his part, Governor Adegboyega Oyetola while sympathising with the ace singer, said it is a loss no responsible person would ever wish for.

Similarly, he has also sympathised with Davido’s father, Dr Deji Adeleke, over the death of his grandson, saying as a grandfather himself, he feels Dr Adeleke’s pain.

Oyetola in a statement by his spokesperson, Ismail Omipidan, prayed to God to comfort him and the entire family at this trying time.

Also,  Oluwo of Iwo, Oba Abdulrosheed Akanbi, described the death of Ifeanyi Adeleke as a shock.

Meanwhile, there has been an outpouring of emotions from friends, family members and colleagues in the entertainment industry since the sad news broke on social media, Monday night. 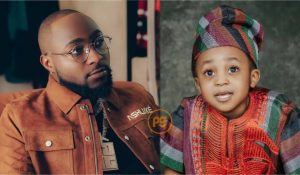 While celebrating his late son’s third birthday on October 20, Davido wished that Ifeanyi would grow up to be greater than himself.

It’s still uncertain how the late Ifeanyi wandered off to the pool without being noticed and drowned in the process.

Conflicting reports, however, said Davido and his partner, Chioma travelled to Ibadan for a family gathering when the ugly incident happened.

They were said to have left the child in the care of the house help who didn’t take notice of when the child wandered off to the pool, where he drowned and remained inside the water for a long time.

Ifeanyi was rushed to Evercare/Lagoon hospital, where he was confirmed dead.

Indeed, since the sad news broke, Nigerian celebrities have  taking to their social media handles to commiserate with Davido and his baby mama over the incident.

Among the celebrities that have expressed shock at the news include, singer Waje, AY, and MI Mbaga.

Waje wrote: “Davido and Chioma, my heart goes out to you and your family. We keep you in our thoughts and prayers.”

While popular rapper, M.I Abaga wrote: “What a dark day. My heart and love go to David and Chioma. I pray for your heart and mind during this period. You have endured so much loss brother. May God hold you in his arms and keep you through this.”

For actress Uche Ogbodo, no parents deserve this pain. “I swear down! I have been hurting since last night, I feel Ifeanyi’s pain so much,” Uche Ogbodo wrote on IG.

AY said: “The death of a child is unnatural, unfair and tragic. This hits me bad.”

Another actress, Bimbo Thomas wrote: ”No parent is meant to lose a child. It’s not our portion, while Oma Nnadi said: ‘’My heart is seriously broken.”

Meanwhile, the music star has since deleted his birthday message to his late son, where he prayed that Ifeanyi would be greater than him.