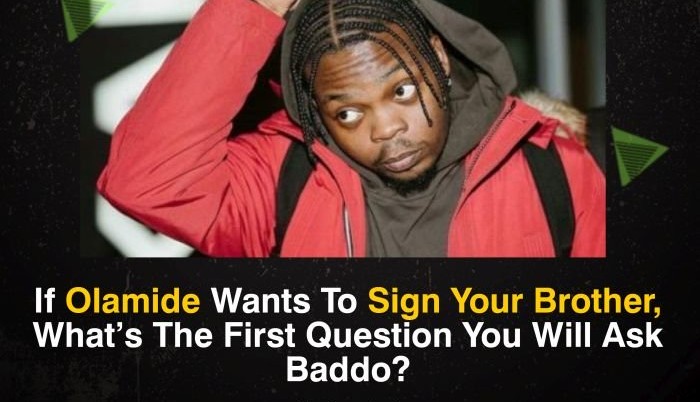 Known to be the founder of so many artists in the industry. As much as he grew single-handedly from a slum, Olamide has helped a lot of struggling talents rise above all odds.

Knowing fully well how Olamide has poorly managed artists like Viktoh, Chinko Ekun, Davolee, Lyta, Picazo, and many others 😷.

And also how he has proven to be a mogul in the talent development by how he has amazingly contributed to the star-making of artists like Lil Kesh, Adekunle Gold, and Fireboy

Now, Imagine Olamide decides to sign your brother and you are involved either as a manager, or witness or just a party to the deal.

You surely want the best for your brother I guess

The question we have for you is, 👇

What Will You Ask Baddo About The Deal?

Let’s have your sincere say on this