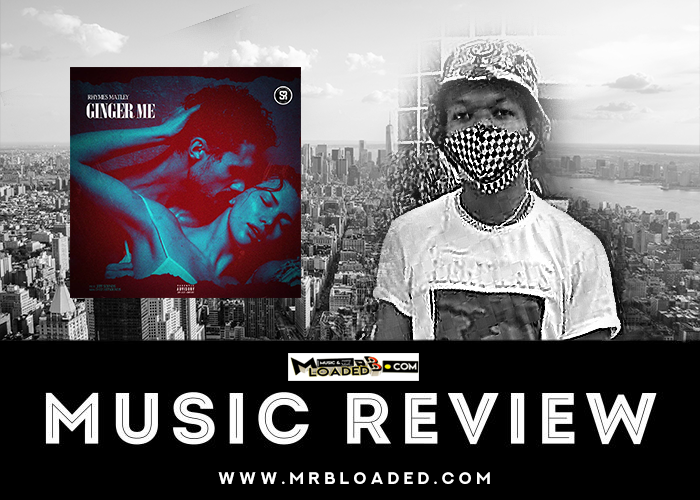 On this piece, we’ll be talking more on the main release “Ginger Me” which gained lots of recognition in recent times within Nigeria and diaspora.

It is evident that Rhymes Matley has been looking for ways to grow as an artist, and most importantly, push the afrobeat sound to the world.

Every move he makes seems to be working for him. He really hasn’t made a mistake with any song he’s dropped.

“Ginger Me” is a dancehall infused afro-pop song. Dancehall rhythm meets afro melodies. A scintillating combination that everyone has been sleeping on.

These two genres are a match made in heaven and its only right you get two people who are great at each of the fields.

The Producer made a very bouncy instrumental that could immediately hit the clubs and dancefloor anywhere in the world and have many on their feet dancing profusely.

Music lovers have tagged Rhymes Matley’s musical style as the ‘Romantic style‘ and we really can’t argue about that.

But if it sounds appealing to every class of lover around the world then I think the movement of Afrobeat to the world is still being upheld.

Rhymes talks to a beautiful woman with a sensational and appealing body, giving credits to her catchy body. Our opinion about his vibe and vocal tendencies is that it can get him a good record deal or what do you think?

With Rhymes Matley’s New Song “Ginger Me” – Do You Think He Can Do Well Internationally and get a Record Deal?

ML MUSIC REVIEW! With Ajoro, Is Oral P The Best Songwriter In The Industry? 2 min read

ML MUSIC REVIEW!! Davolee’s “Festival Bar” EP – Here Is What We Think About The Music Project Posted by Jelili Adekunle on Jun 3